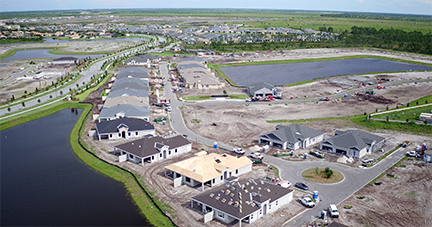 St. Lucie County is an emerging Florida coastal county that offers the best of what the Sunshine State has to offer.

According to the United States Census Bureau’s 2018 population estimate put St. Lucie County at more than 321,000 people. Conveniently located on Florida’s east coast between Orlando and Miami, the county consists of the cities of Fort Pierce (county seat) and Port St. Lucie as well as St. Lucie Village. Port St. Lucie is the 8th largest city in Florida with more than 195,000 residents. Currently, it is the 3rd largest city in South Florida, surpassing Fort Lauderdale’s population. Meanwhile Fort Pierce, one of the oldest cities on the Treasure Coast, has retained its Old Florida, small-town charm.

Average temperatures range from 64 degrees in February to 82 degrees in August, making St. Lucie County and the surrounding area a tourist destination and nature-lover’s paradise. The attractive environment includes a top-rated park system, dozens of preserves and trails, golf courses, the spring training home of the New York Mets, water amenities along the St. Lucie River and Indian River Lagoon, pristine beaches with 21 miles of coastline, and a growing arts and performance community.

St. Lucie County attracts a vibrant mix of people thanks to its low crime rate, diverse housing stock and abundant open space. According to BizJournals.com, the Port St. Lucie has the one of highest homeownership rate in the nation and is the only major market with a homeownership rate above 75 percent. The city of Fort Pierce has been named by several groups as one of the best downtowns with a weekly, award-winning Farmers’ Market. 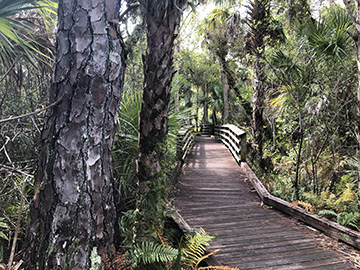 There are traditional suburban neighborhoods, new mixed-use neighborhoods with a variety of housing types in walking distance to retail and dining establishments, affordable water and beachfront houses and condos, as well as a revitalized downtown areas that will integrate urban commercial development with outdoor trails, waterways and social opportunities.

There is plenty of room for businesses and families to grow in St. Lucie County. Find out more why St. Lucie Works.

While taxes vary widely from property to property: The final tax bill is based off the property value times the tax rate. If your property has a homestead exemption, your value can only increase 3 percent each year. In 2019, Florida’s average property value was $89,392 per capita, while St. Lucie County's value was $67,599 per capita, which is 24 percent lower than the average. The statewide average on property taxes among all 67 counties is $1,597. St. Lucie County is at $1,604.

Things to Do / Where to Stay